After days of contrary weather, on October 01 the weather was much better than the past September days.

The sky was overcasted and not pretty warm but still nice enough for a little hike.
Packing a few things into the backpack, taking the camera and let’s go to the Rossfeld.
Before driving at the Rossfeld, we had a break at the “Bier-Adam” in Berchtesgaden where they have the very best “Apfelkücherl” (small fried apple rings covered with refined sugar and cinnamon) far and wide.

Despite the overcasted weather the view was surprisingly great.

All the photos of this day are stored in this folder. 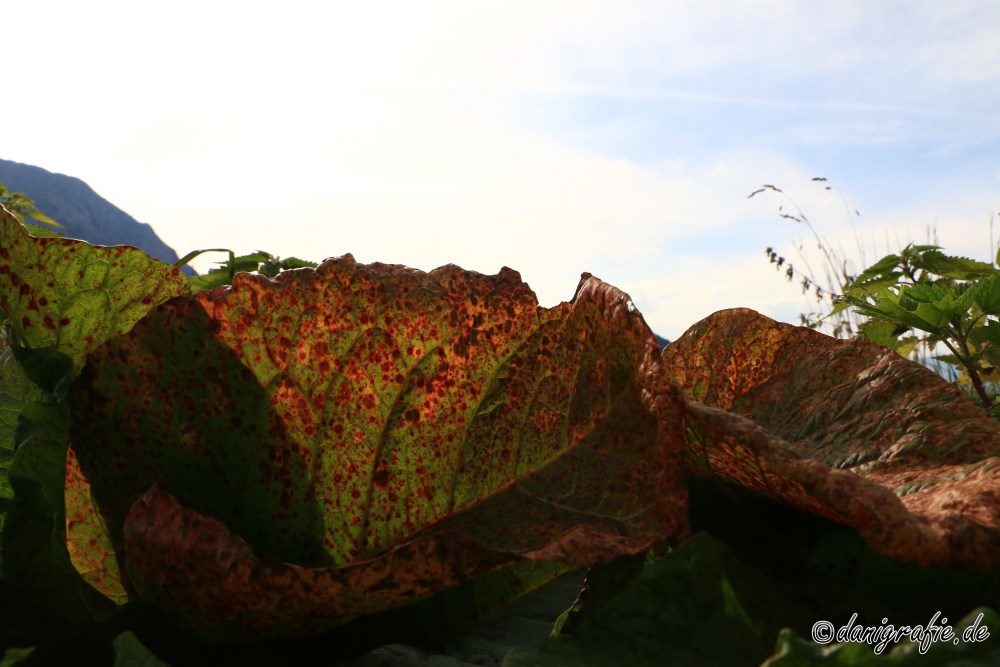 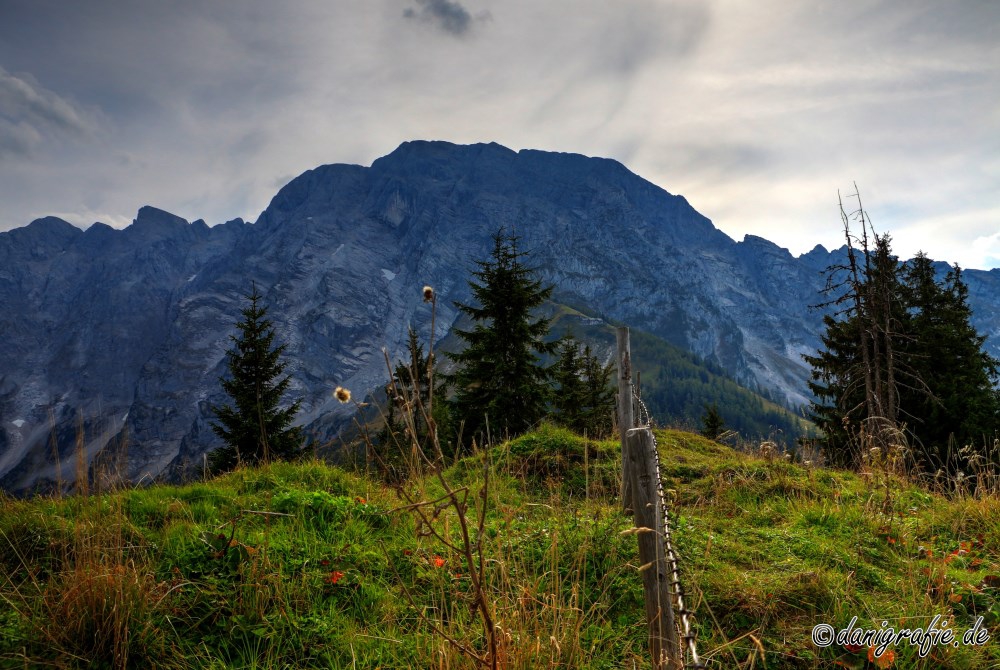 HDR photo of the “Großer Archenkopf” and “Hoher Göll” 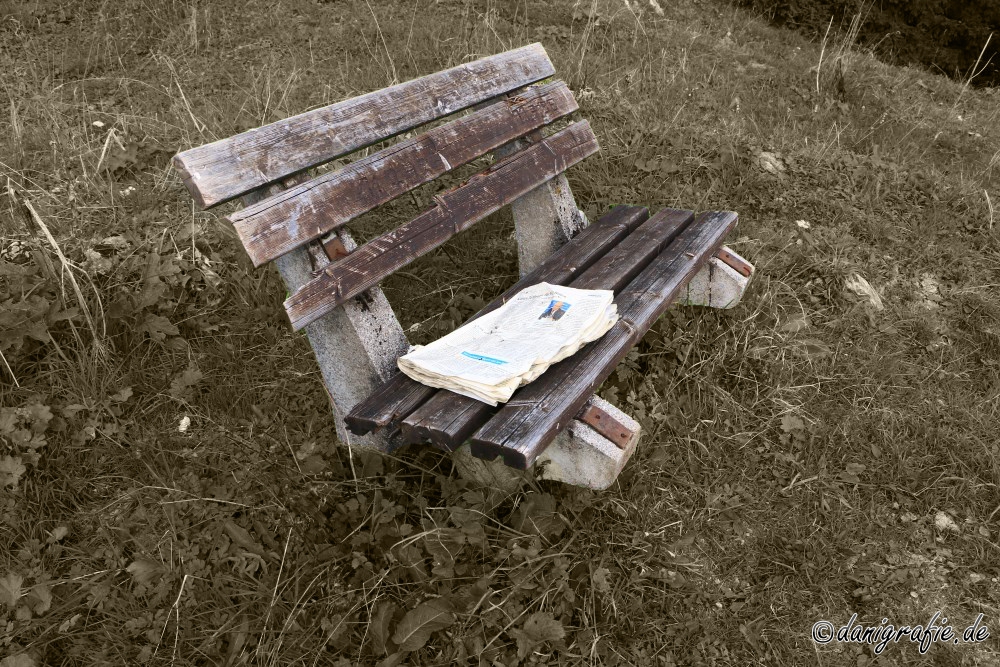 Bank with a Sepia filter and an old newspaper

In the meantime of taking the photos my smartphone recorded a time-lapse.

While the sun only came throught the clouds and fog a few times, it became cold and windy.
Around 1hr after climbing upwards we went downwards over the muddy meadow to our car and went back home.