After days of snowfall and bitter cold (at nights to -20°C), on Tuesday afternoon it was the first sunny and almost cloudless day.
Of course the mountain view was very impressive and clear.

All photos from this Tuesday at the Gaisberg are available here.

Meanwhile it became late afternoon.
The sun was already very low above the mountains and everything became orange-red. 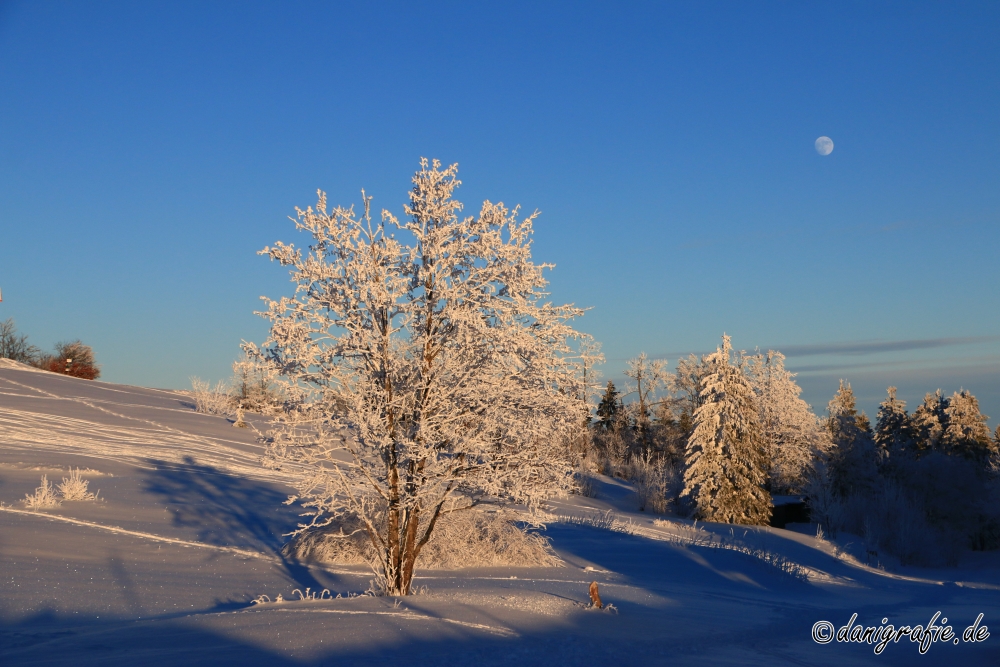 The cold air from the city was warmed by the sun, came uphill and rose in the form of fog.
Because of this, the atmosphere became more impressive again. 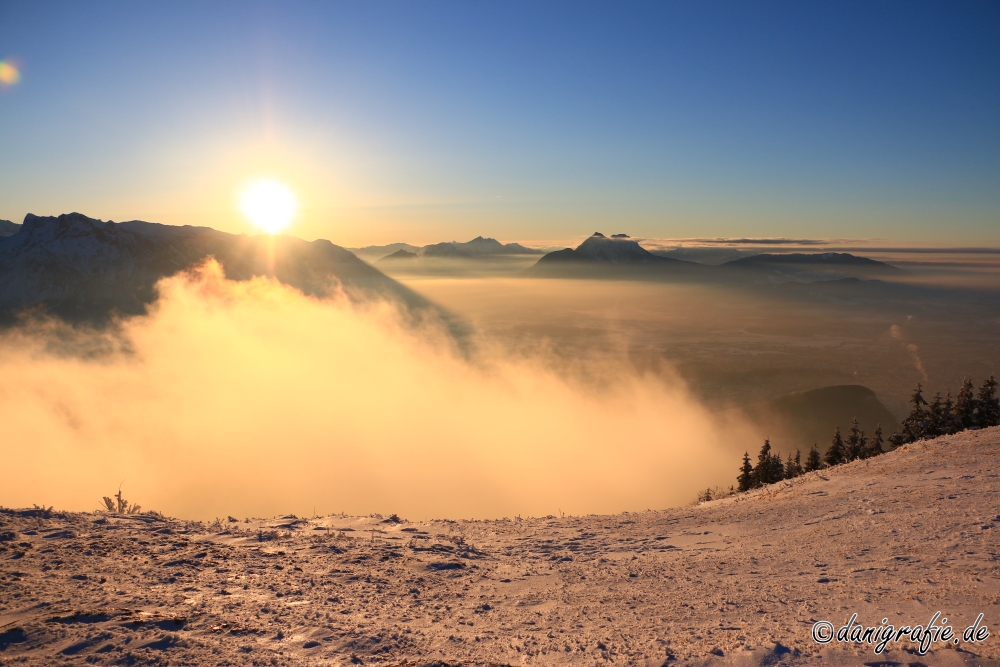 Now I wanted to make a time-lapse.
But unfortunately my smartphone was not very glab about the icy temperatures and quit the service after 20 minutes recording.
During the 20mins I only got around 3 seconds of time-lapse material:

As the sun has disappeared and the “blue hour” began, I had to use my third battery for the camera because of the coldness.
At this moment, I already took photos for more than 2 hours and the temperature was already -5°C on top of the mountain.

One of my last shots were some night shots from Salzburg in the darkness. 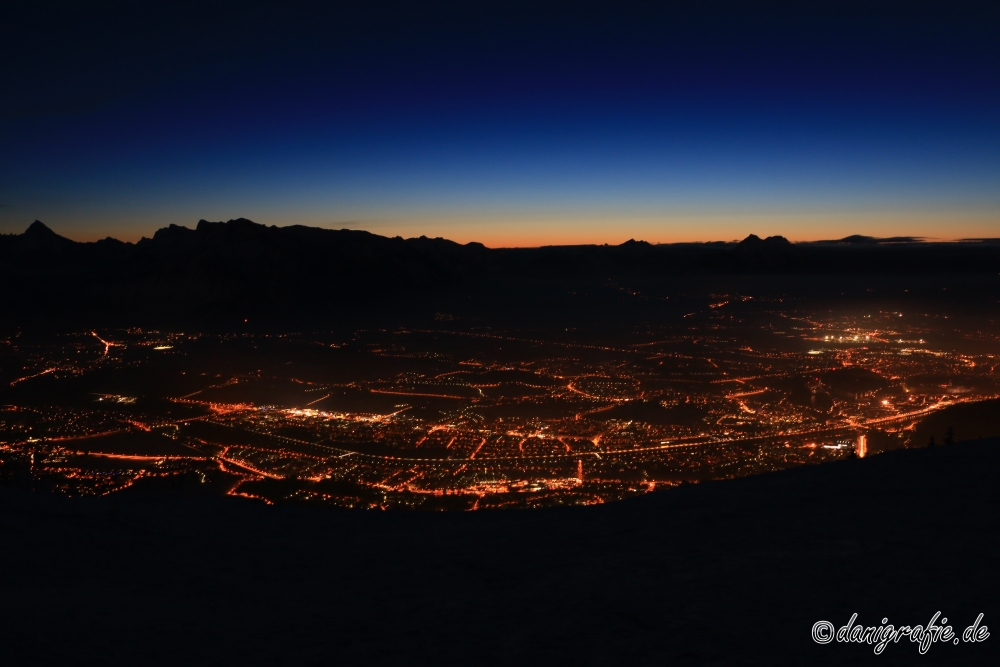 View to Salzburg at the early evening

Finally I packed my stuff and drove home again.
The thermometer showed -8°C and first of all I had to de-ice the inside of the windshield.