For a change to the last New Year’s Eve’s we wanted to see the fireworks in Salzburg.
Some of the big cities in Austria already have a fireworks prohibition.
Who knows – maybe Salzburg will forbid fireworks in the near future, too.

Furthermore, on the website of Salzburg’s Tourism Association they promoted a hughe fireworks e.g. on the Castle of Salzburg.

With big anticipation we drove to Salzburg and positioned us at the “Makarsteg” (footbridge across the Salzach).

Already far before midnight fireworks and (illegal) bangters have been fired off at different parts of the old town and the shores of the Salzach.

At midnight, a professional fireworks has been fired off between the private fireworks.
It was immediately recognizable by longer and more intense light effects and the higher rockets. 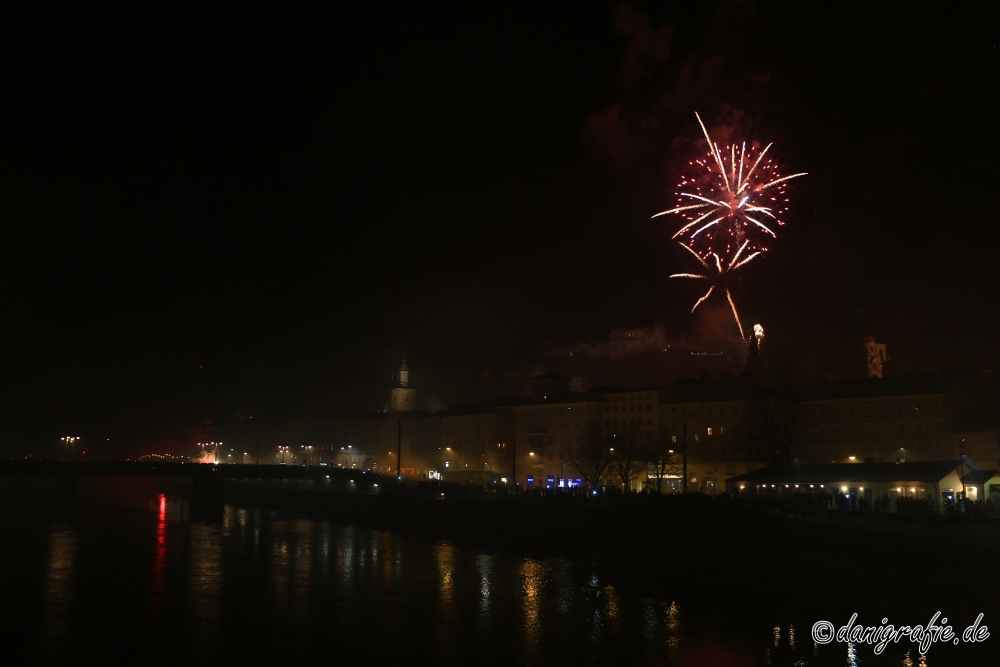 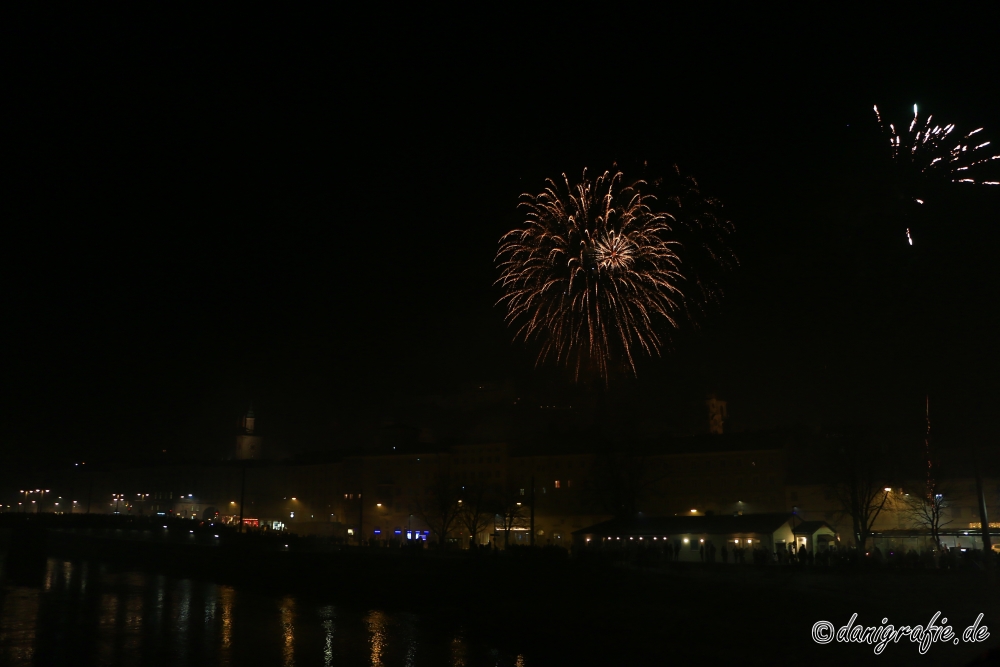 So we waited with rapt attention for the fireworks at the Castle of Salzburg.
Unfortunately, the view was always dull due to the fog of the fireworks.
Shortly after midnight, almost the whole castle disappeared in the fog.
Very soon we had to realize disappointed that this night nothing will be fired at the castle.

Of course it was a really nice fireworks.
But it was a pity that such a world-famous city as Salzburg does not have an impressive New Year fireworks as they promoted before.
I know bigger and better fireworks than this one was.
For example in Bibione, they have every year one season opening and also one end-of-season fireworks which are much bigger – or at least comparable – fireworks.

However, next time we’ll make the sky colourful by ourself again.