On the weekend from 16. – 18.06.2017 we had rent the chalet “Hirscheggalm”.
After a long anticipation, we started on Friday afternoon.

Those who only wants to see the photos, follow this link to get all the photos I took during the weekend.

The chalet “Hirscheggalm” is located at the “Sonnberg” at 1276m and has been farmed.
But meanwhile the farming has stopped some time ago.

Around 1.5 hour’s drive we arrived at the chalet.
The last meters we had to take the unimproved forest road which was in some places not suitable for cars with little ground clearance.

Since it became already late evening, we just unloaded the cars and lighted the charcoal grill.
While the grill made the wood to charcoal, we discovered the chalet as well as the surrounding area.

The chalet is in a deep circular valley so it became sometimes very windy that even my tripod has blown away. 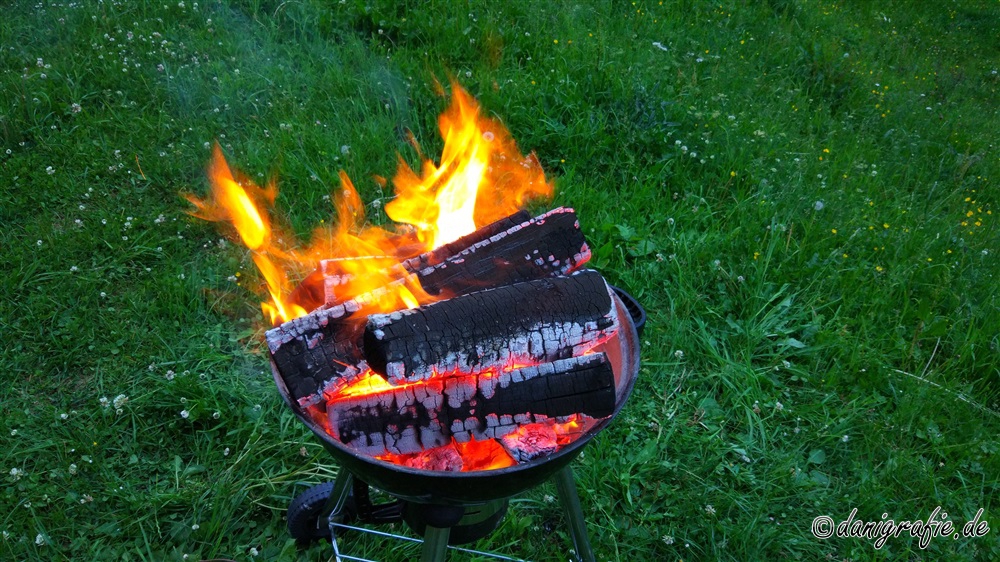 For Saturday we planned to hike uphill to the Bürglalm (1597m). 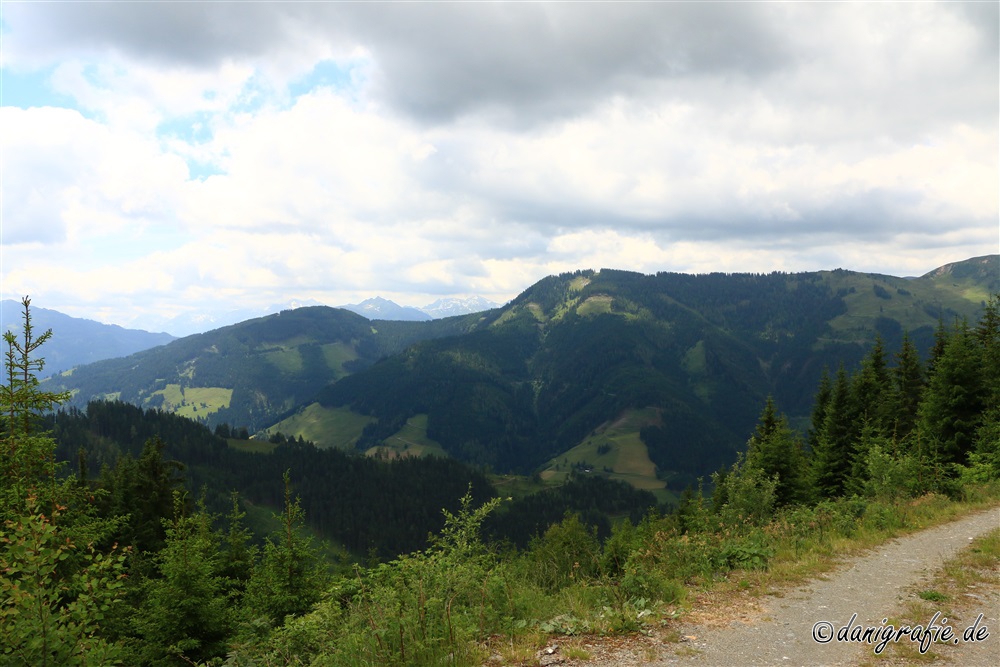 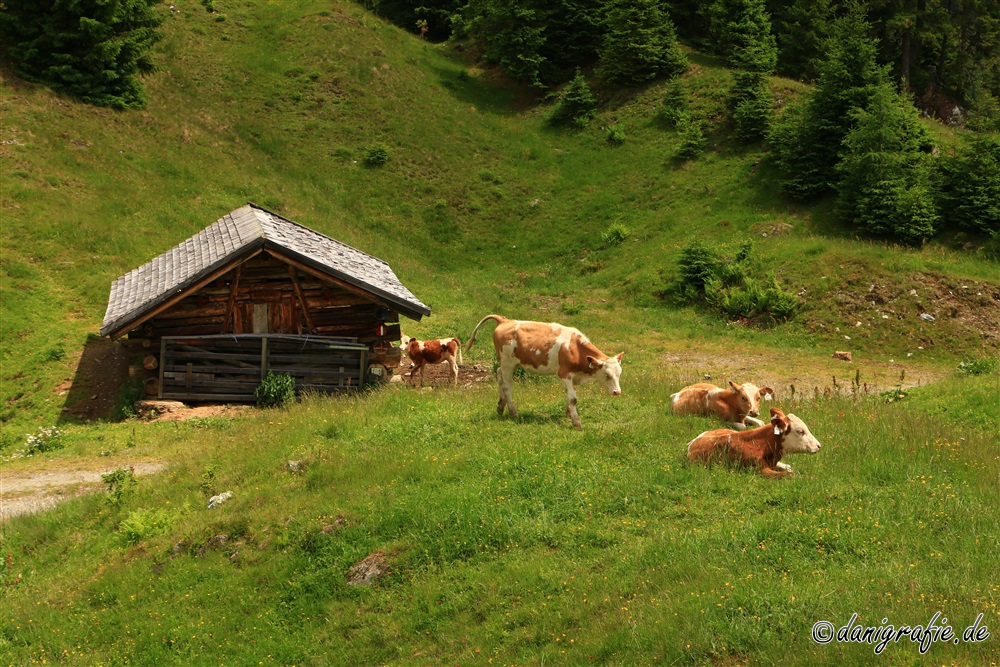 Around 2hrs later and some photo stops we arrived at a man-made water reservoir and minutes later at the Bürglalm. 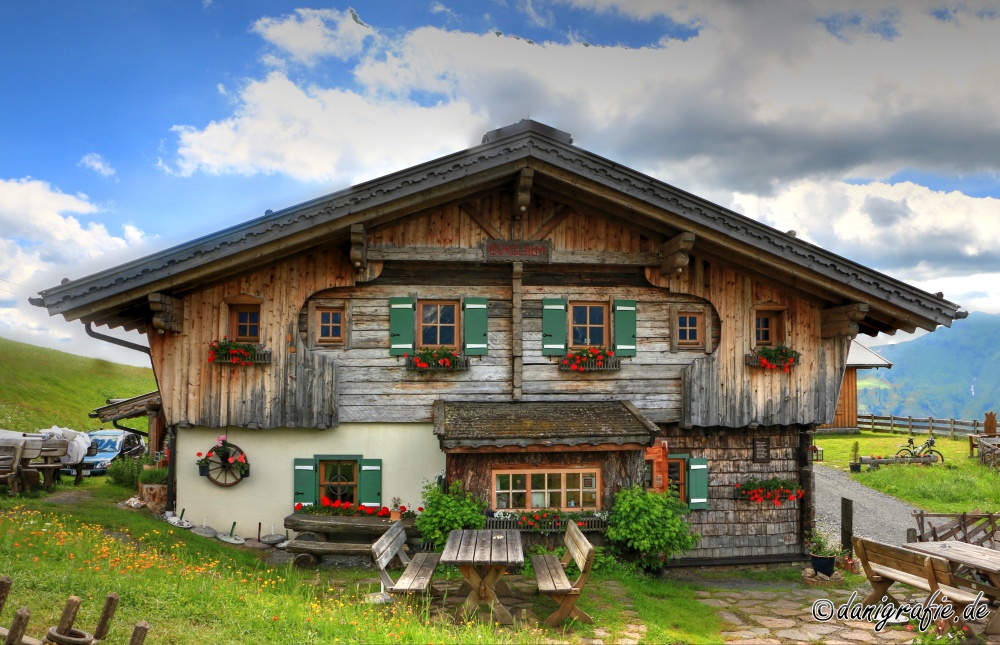 It is a bit disturbing to walk along green meadows passing ski lifts and ski slopes.
But apart from a few steel posts and shafts for the lifts, we had – despite the clouds – a great panorama.

View to the Hochkönig and Dienten am Hochkönig

In the meantime, it was already late afternoon and more and more rain clouds moved around.
So we went back on the way downwards.
A part of our group went down the same route we had taken up.
The rest chose a somewhat more difficult descent with no fixed paths.
Fortunately, at least some orientation marks were attached by the Alpine Club. 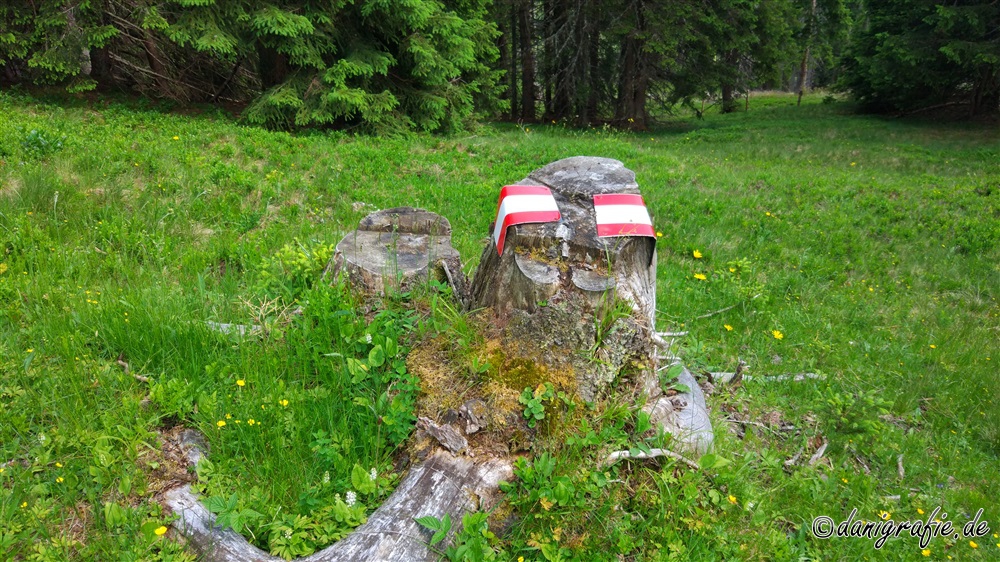 Marks of the Austrian Alpine Association

The descent over the pastures offered numerous opportunities for macro photos. 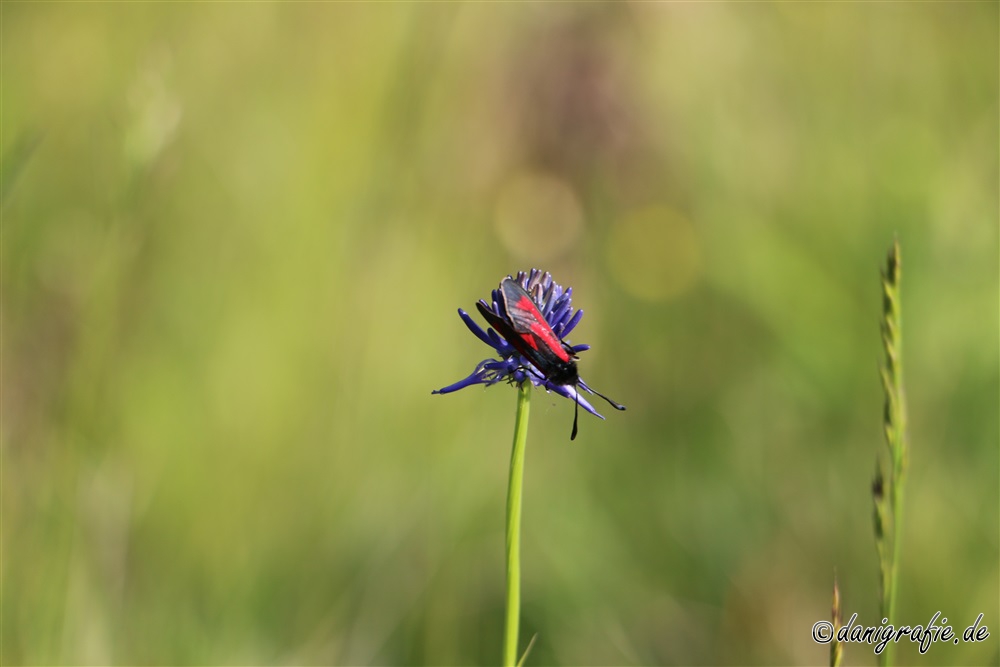 About 20 minutes before arrival at our hut we reached a – more or less fortified – path.
It was also possible to discover several cave entrances of marmots – or also known as “Mankei” in the southern Bavarian and Austrian language regions.
Unfortunately, we were not lucky enough to see a few of the “Mankei”.

Finally down at the hut, we had been already awaited by two free-running horses next to our hut.

The day ended with the barbecue doing its job and I kept doing some videos.
My videos are collected in this playlist at my Youtube-channel.
Feel free to leave a like, comment and subscription. 🙂

Due to the yesterday’s day, early risers haven’t been seen for a while. 😉

Of course – what a surprise – the weather on the day of departure was almost cloudless blue sky and also alsmost without any wind blowing.
In retrospect, the wind was not good the day before, because we didn’t feel how slowly and surely our sunburns had approaching.
Well, shit happens – Okay, maybe better use sun cream before hiking.
Of course everybody did so – that’s why we got the sunburn. 😉

Step by step the hut was made clean again and the cars had been loaded again.

Two of us went a short distance uphill the mountain again, hoping to see a few Mankei.
Unfortunately we were not rewarded this time.

As we were about to start our way home, more and more cows had gathered around our hut.
It seemed that they did not think we had to go now.
So we had to wait a little, and hoped that the cows would go away. 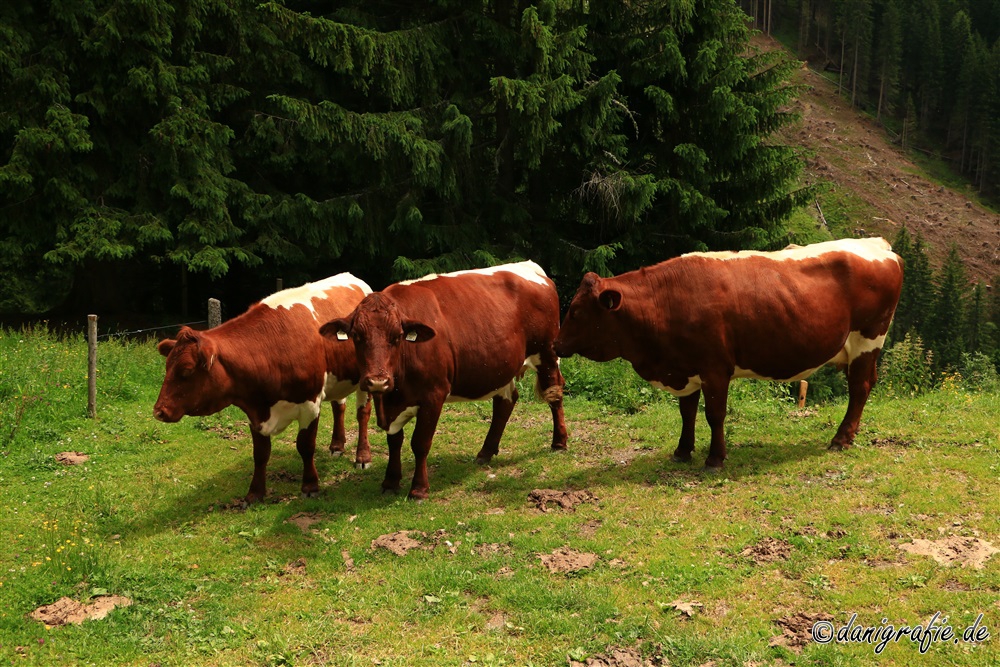 In the meantime I had my Actioncam and my smartphone again for a few time-lapse recordings on the tripods.
Maybe some cuddly animal wanted to have a farewell photo with the horses. 😀 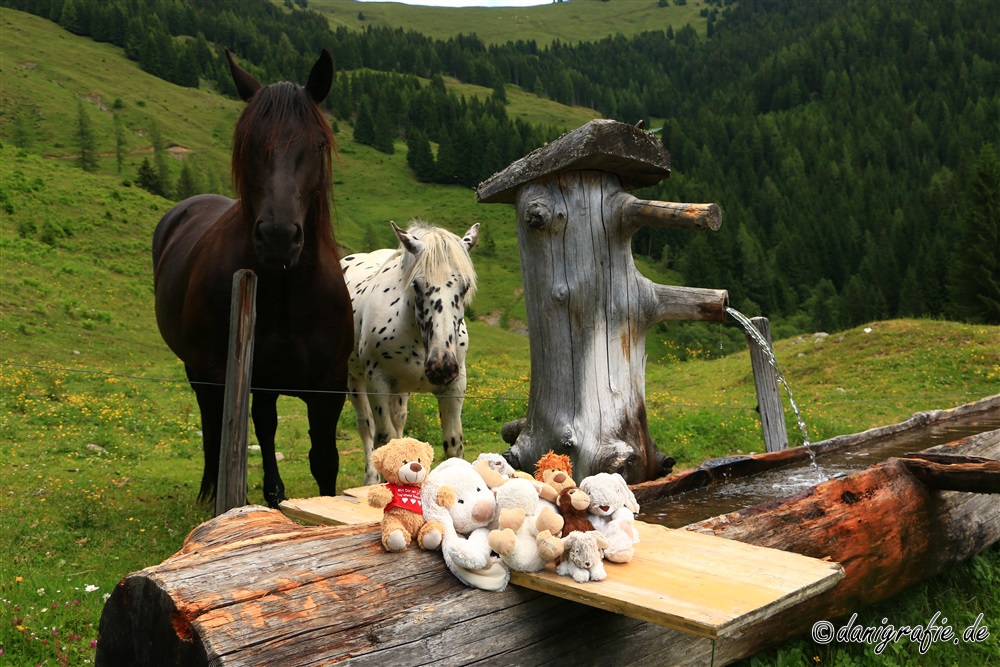 In the early evening the cows had given up their siege and we were able to start our way back.

All photos from the weekend at the chalet “Hirscheggalm” are here available.

Finally, the weekend was – despite the hardships of the hike and the rather autumnal weather – a great weekend.
The way of life is – if only for a few days – somehow a completely different life.
No stress, no hassle, no noise.
Just the idyll and peace of nature – most of the time 😀
Pure relaxation.
It does not always have to be a nobel shed, if relaxation is required. 😉