Here you can find all the photos of this little round trip.

Surprisingly, the forecast for April 24th told sunshine and cloudless sky.
But we had not that much trust in this forecast.

Fortunately, the forecast was correct and we started our roundtrip through the “Berchtesgadener Alps”.
Our first stop was the lake Hintersee which is located in the National Park of Berchtesgaden.

On the way to the lake we still found some snow in the fields.
The combination of the green lawn in the foreground and the snow covered mountains in the background was pretty impressive. 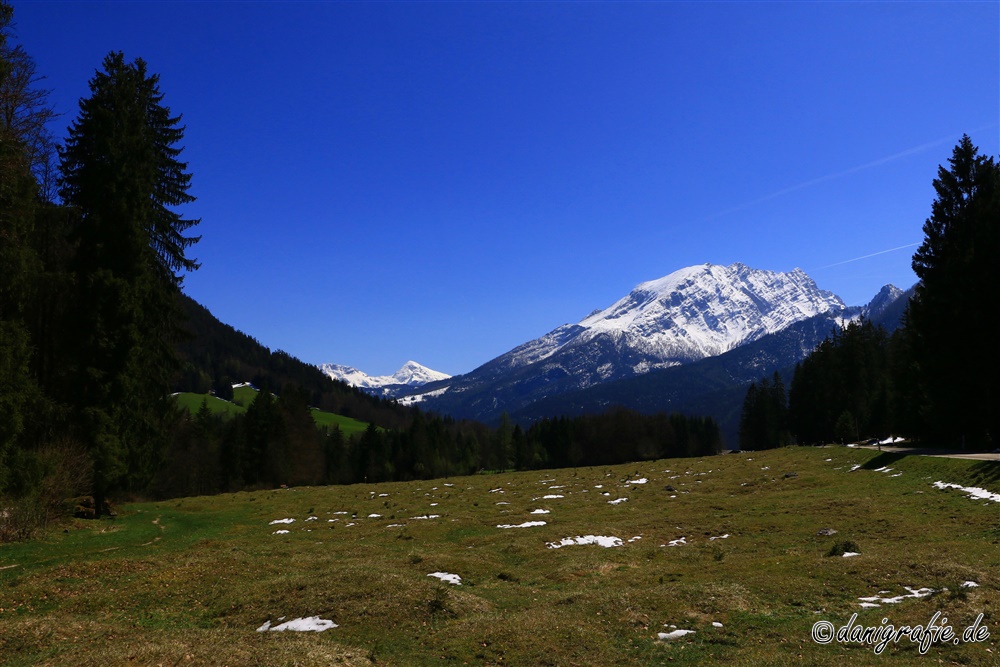 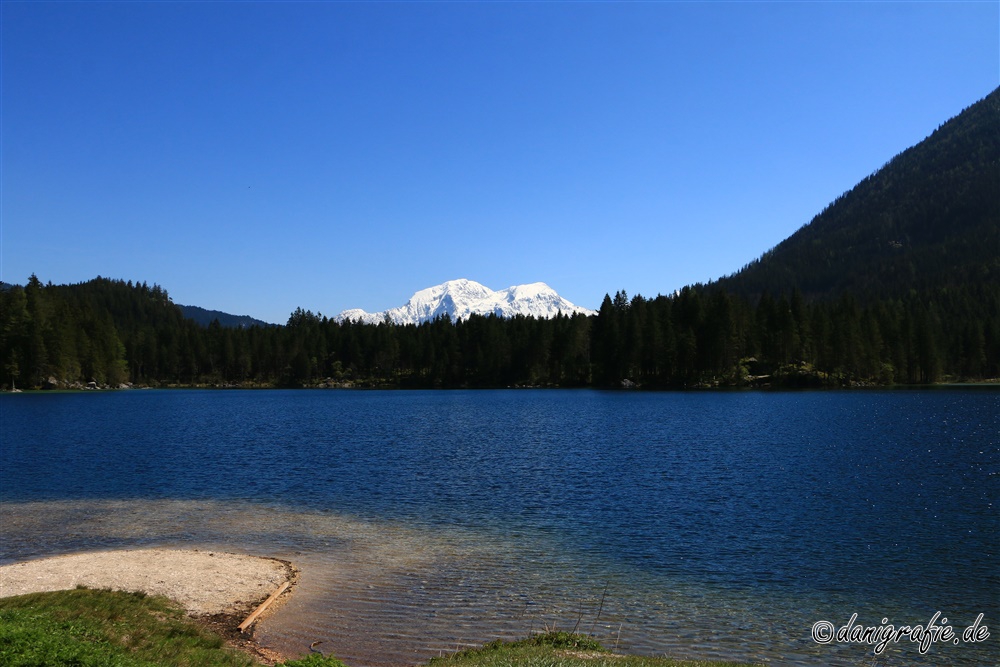 For having a walk through the “mystical forest” the weather was too cold and windy.
Therefore we prefered a bench in the sun.

After a moment of rest, we continued our journey towards Ramsau.
Our trip has been interrupted by some free-ranged cows.
But this is nothing special in this area. 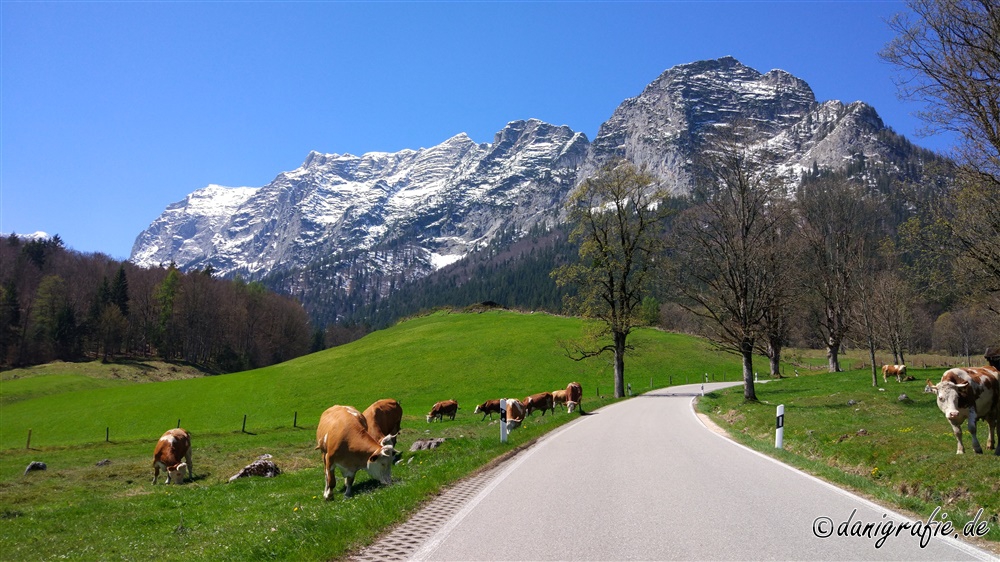 In the Ramsau, I was finally able to capture the world-famous motive of the parish church of St. Sebastian.
So far, I was not willing to drive 50km only to shoot this motive.
But now, this church was part of the round trip and everything was fine. 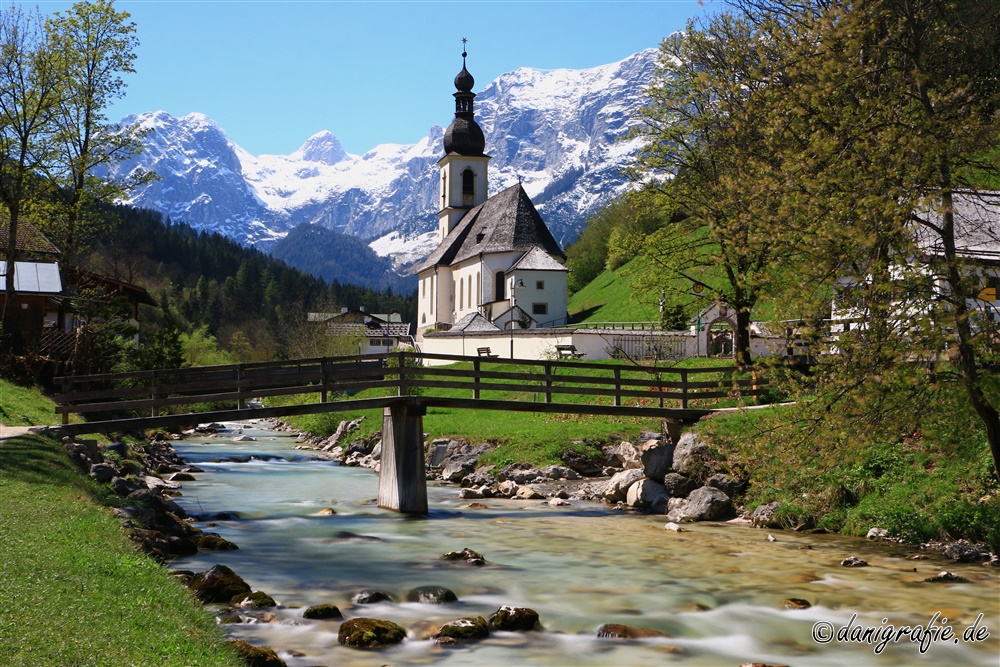 Regrettably a bus “destroyed” the first photos.
Bad situation, but I was not able to change it.
While after I finished packing my stuff, the bus “suddenly” disappeared.

So unpacking all the stuff again and take the photos again ere another object blocks the motive again.
It was a little unlucky that I had to take all the photos again – but the bus has left!

Finally, this stop also was successfully, it was time to think about the next stop ere the sun goes down and it becomes dark and cold again.
For a second, I thought to drive to the Rossfeld – but I remembered that snow was still there.

So our round trip ended in Berchtesgaden after a short detour via Hochschwarzeck and Bischofswiesen because of roadworks.
From the rooftop bar at the Hotel Edelweiss we had a great view before we drove back home. 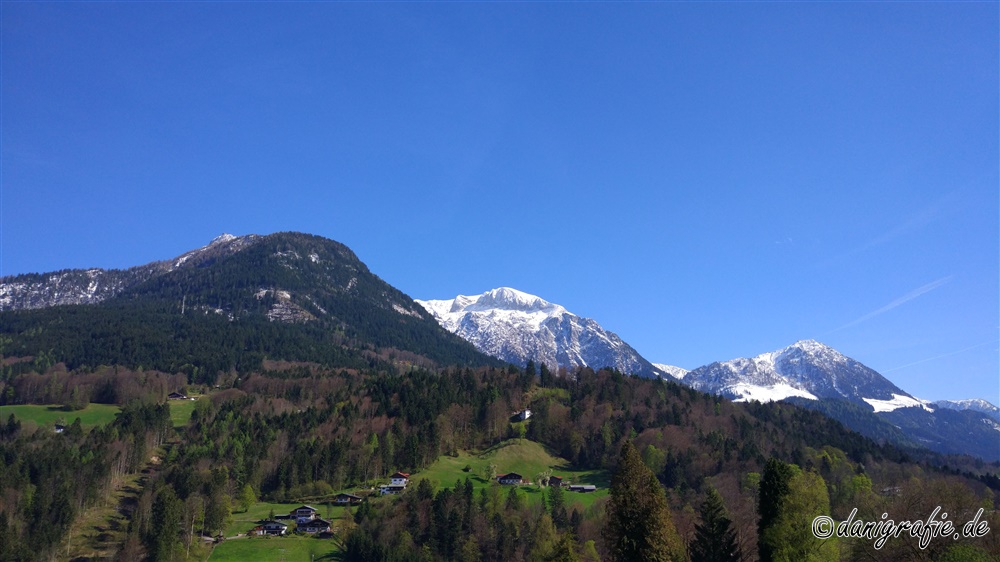