The Blood Moon (total lunar eclipse) – an impressive natural spectacle.
Here the sun, earth and moon are in line.
Through the Earth’s atmosphere, the red parts of the sunlight are broken and directed to the moon behind the Earth.
The moon glows blood-red when it stands in the shadow of the earth.
Such a spectacular event will not take place until 2123 next time.

In a short period of time, Mars and the ISS space station could even be seen in the sky.
The fact that Mars will also be visible during a lunar eclipse is not expected to happen again for another 105,000 years.

It was therefore clear to me that I could not miss this event under any circumstances.
The beginning of the total lunar eclipse was predicted for my region for approx. 21:30.
As potential observation points I have chosen the Rossfeld and the Gaisberg in Salzburg.

Already in the evening I watched the weather again and again.
Unfortunately, a wall of fog appeared in front of the mountains, so the visibility was impaired and the moon was only visible around 22:00.
Now it had to go fast – the Rossfeld was eliminated due to the distance.
So only the Gaisberg remained.

So late in the evening across Salzburg – should actually be manageable without any problems.
Unfortunately I had “red wave” almost all the time and was allowed to stop at almost every traffic light.
When I arrived at the foot of the Gaisberg, dozens of cars were already waiting for me – not everything will be full already?
Optimistically I tortured myself with the car together with the column in front of me up the mountain.

First I wanted to go up to Gaisbergspitze – due to the extremely congested traffic I ended my trip at about the Zistelalm and looked for a “parking lot”.

Technical intricacies and tenths of a millimeter work

Around 22:30 – unfortunately already in the diminishing phase of total darkness – I could finally set up my camera.
Because of the darkness and the lens not suitable for astronomy I had to focus the moon manually.
Unfortunately not really successful.
Nevertheless, a few photos came together. 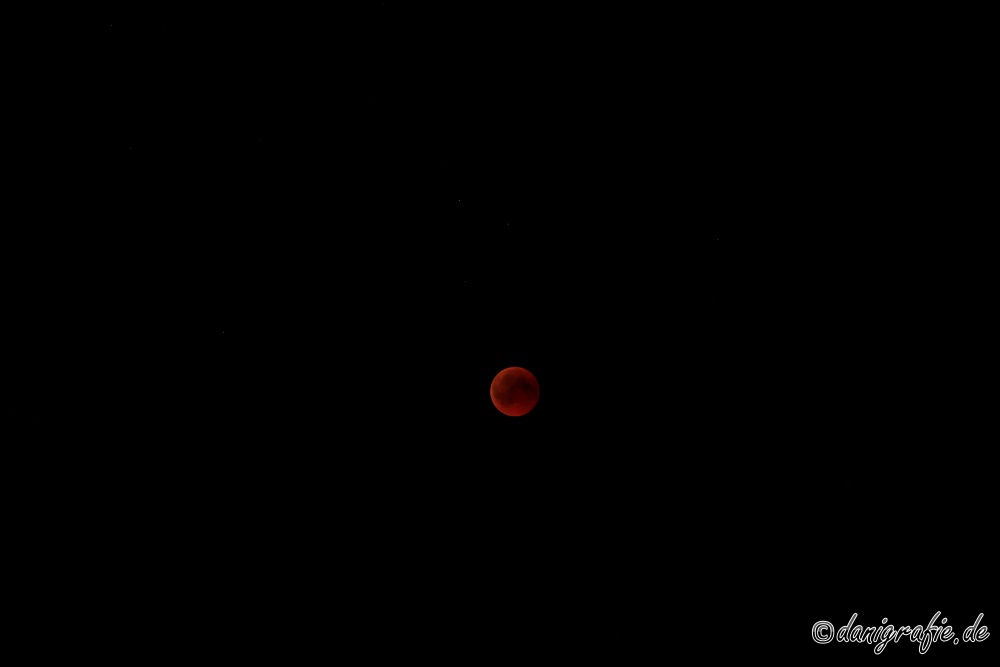 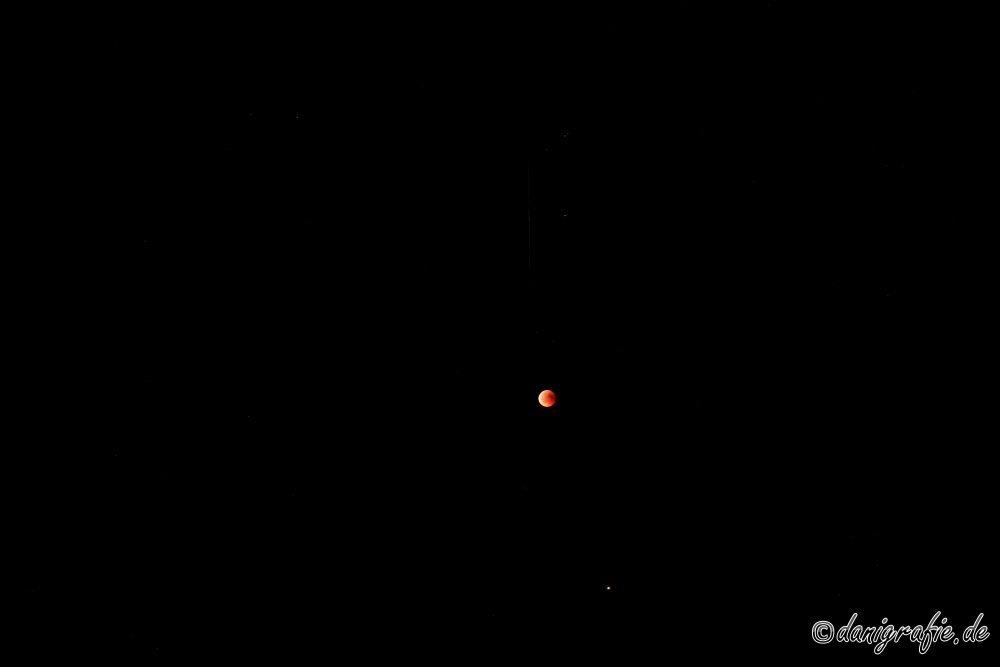 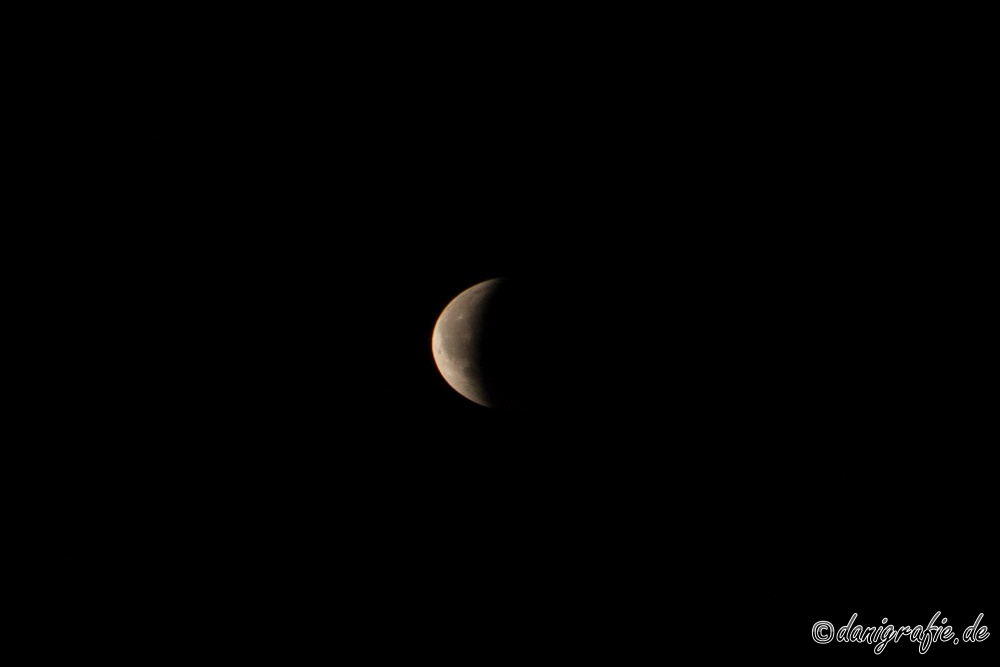 23:30 — End of the total lunar eclipse; the moon comes into the partial shadow and losing its bloody dyeing.

Because of the problems to manually focus on the moon, I had to delete most of the photos, because they were out of focus.

The left photos are here available.

Around midnight I made my way back home.
Because of the immense queue of vehicles, which snaked down from the top of the Gaisberg, I took my time and waited for the traffic chaos.
Despite the extremely slow-moving traffic, extremely overheated brake systems were smelled.
Surprisingly, one or two coolers also gave up during the downward ride…
After a good 1.5h “driving time” (usually 45min) I was able to get to the sighting of my pictures around 01:00.

Looking back, I could have saved myself all the stress and sat somewhere in the area with the folding chair on some field.
But in retrospect you’re always smarter. 😉