This year’s 37th international NSU meeting was scheduled to take place in Neckarsulm – the long-time headquarters of the NSU Motorenwerke.
Because of some complications the organizators decided to move the meeting after only 3 years to Waging again.
A more detailed explanation for the moving to Waging is available (in German only) on the blog of the “NSU-Prinz-IG-Rosenheim” .

Personally, I was very happy about this decision because within 4 years this great event takes place already the second time close to me.

My photos of 2014 are here available.

Now back to the program of this year’s event.
For all those who are more focussed on the photos, follow this link. .

The fist official day was basically for the participants to arrive at the campground.
Some of the car owners already arrived days before because of sometimes very long travelling distances.
It was very rare to see that the vehicles are brought onto a transporter – most vehicles arrived self-deployed. 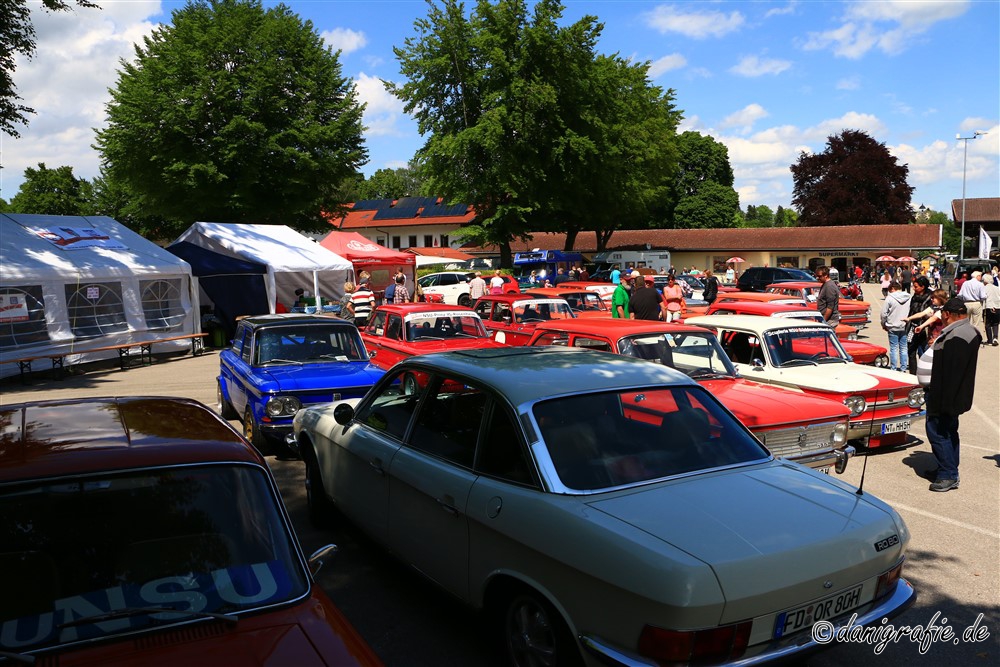 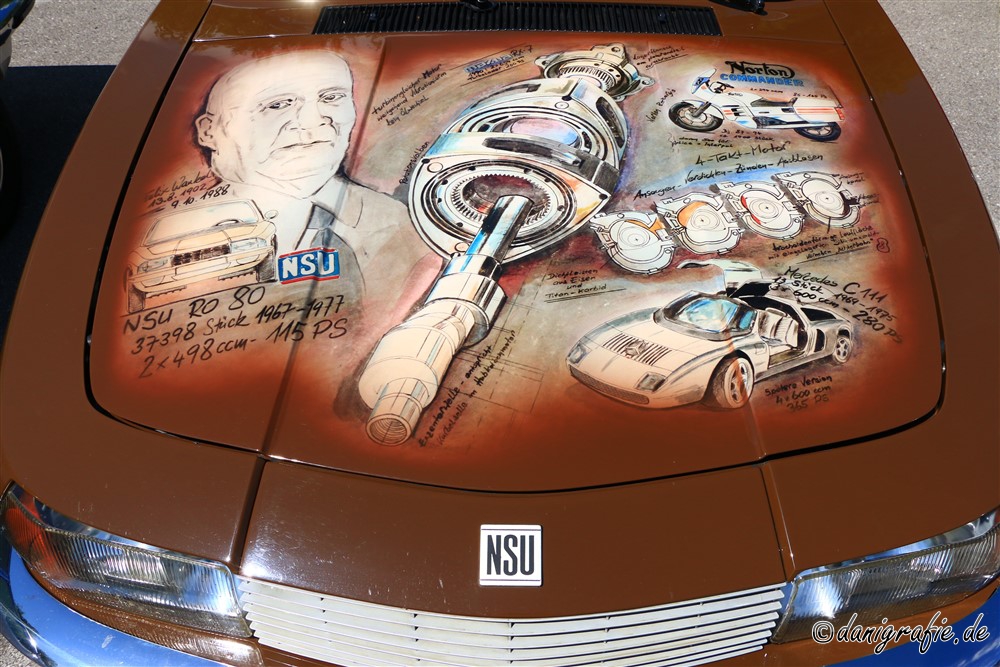 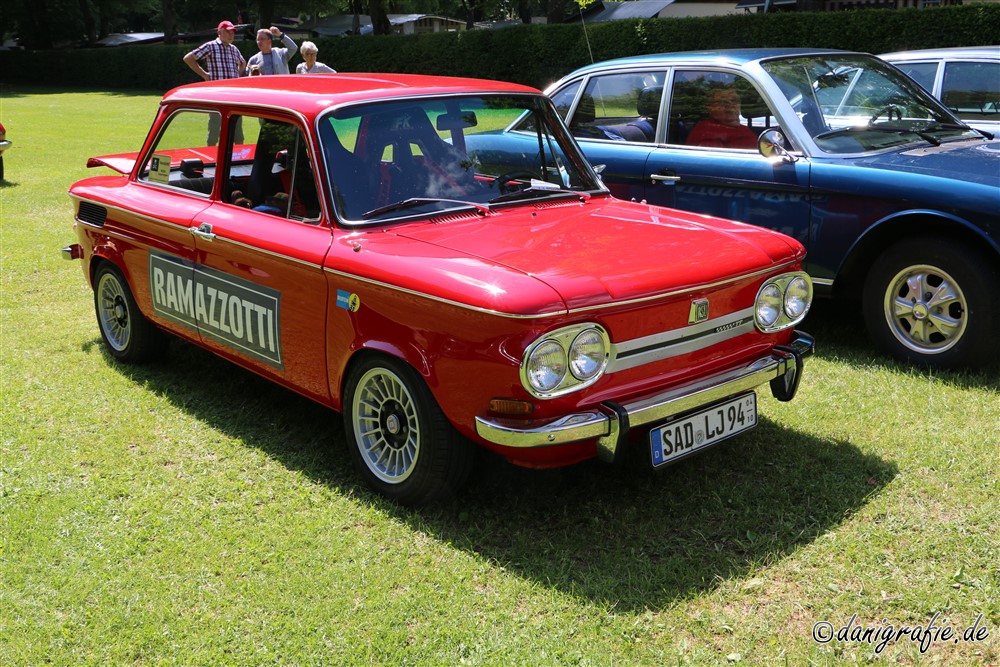 Most of the participants came from Germany, Italy, Austria and the BeNeLux.
But also some “exotic” countries like UK or even Norway took place – self deployed!
At all 421 people from 15 countries took part on this meeting.

Friday was a relaxing day.
Either you made some excursions or day-trips or you enjoyed the get-together with subsequent dinner and official welcome.

This day might be the highlight for most of the visitors and participants:
The round trip around the lake of Waging and lake of Taching with final group photo. 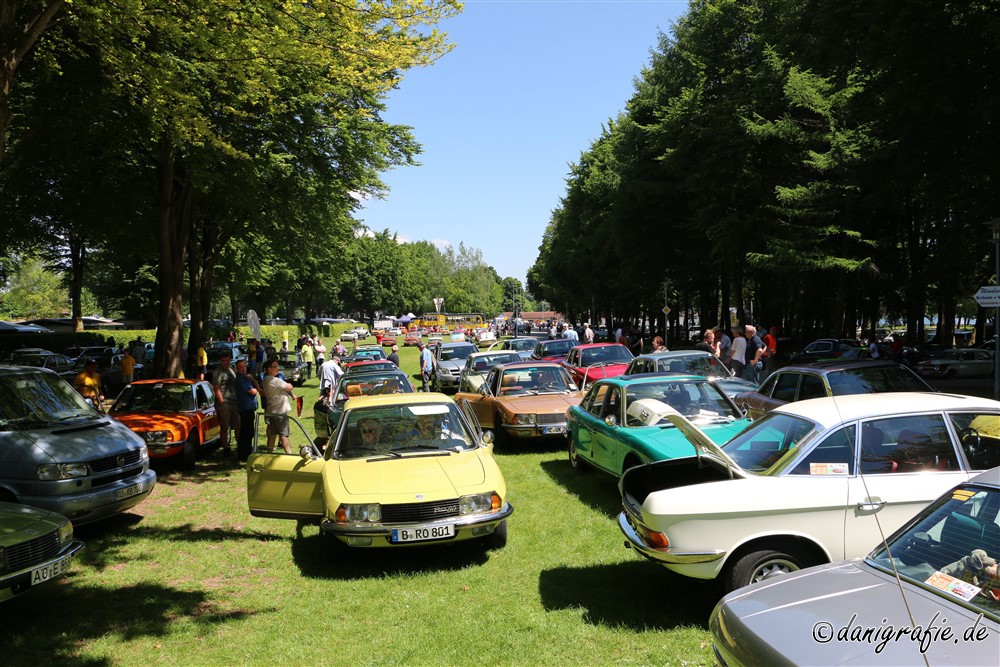 The round-trip started on time at 1pm and took almost 50min. 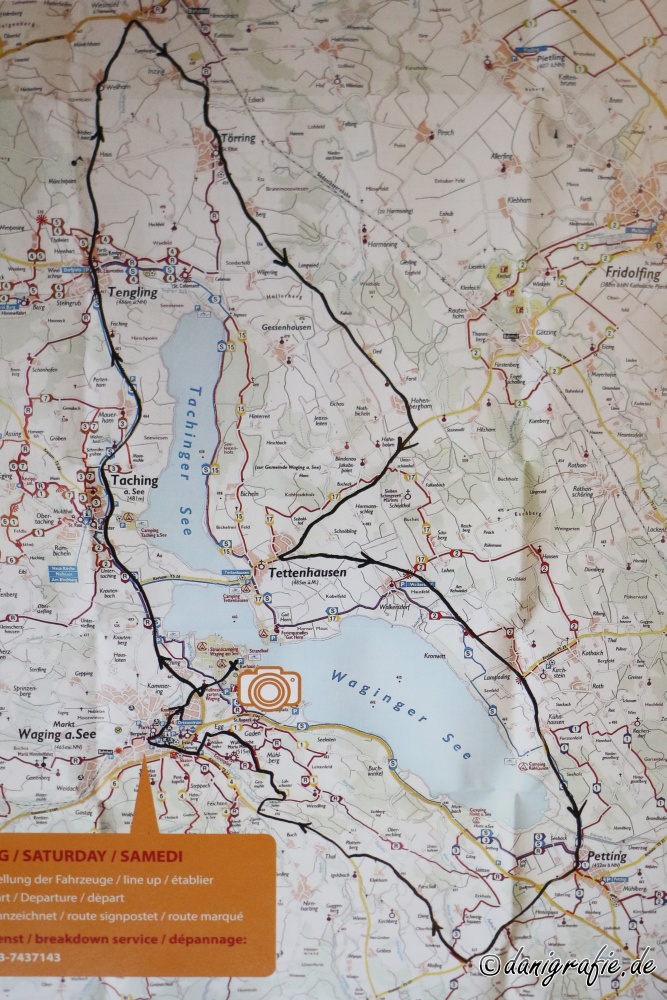 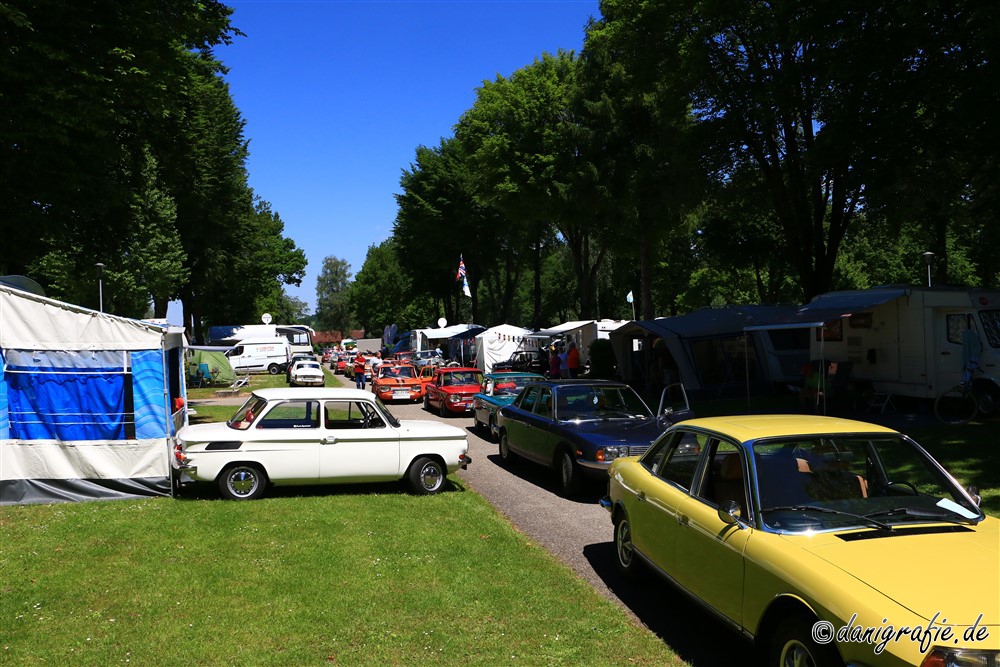 Fortunately I was allowed to with a friend in his Ro80.
But the “disadvantage” of this luck was, that I was not able to take some photos along the route.
So sometimes you have to lower one’s sights – but it was worth it.

While the trip I only could take a few photos.
Further I recorded the trip on video but the file has to be edited first before uploading to Youtube. 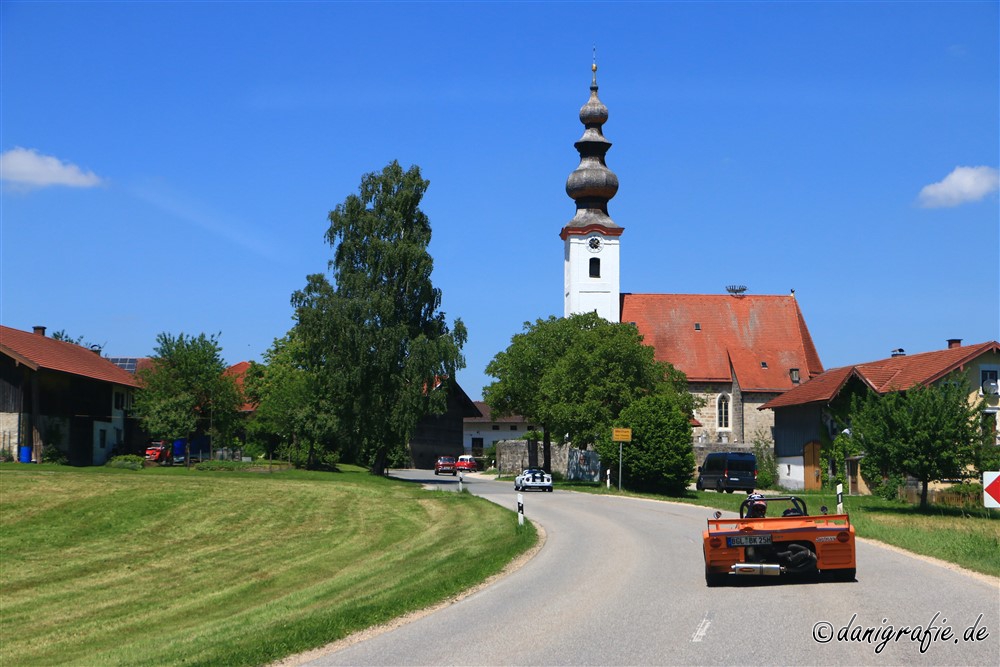 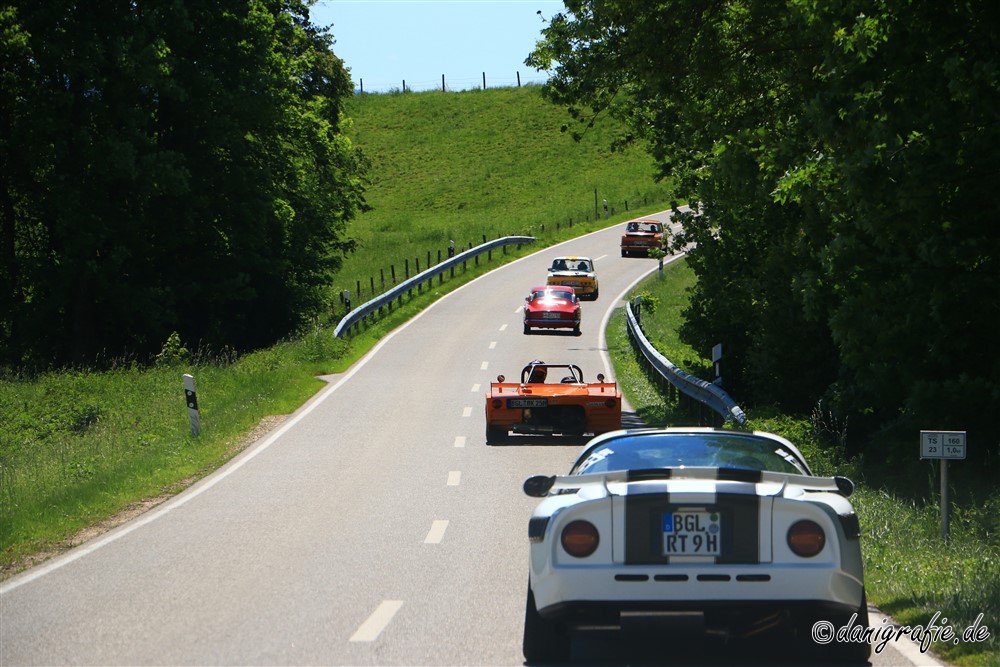 Even the sun pushed the temperature over 30°C it was pretty cool inside the car with open windows.

It’s a very special feeling to drive in a car which is more than 40 years old and still running like clockwork.
The used Wankel engine certainly does it’s part that nowadays are still hundreds of this cars in use.
Only in Germany the admission office informed that in 2015 were more than 400 licenced Ro80 on the roads

For further information about the operating mode of the Wankel engine check out the club website “Ro80-Club International e.V.”

After 50min driving we arrived at the parking lot of the Strandkurhaus where all the NSU cars and motorbikes have been set up for the traditional group photo. 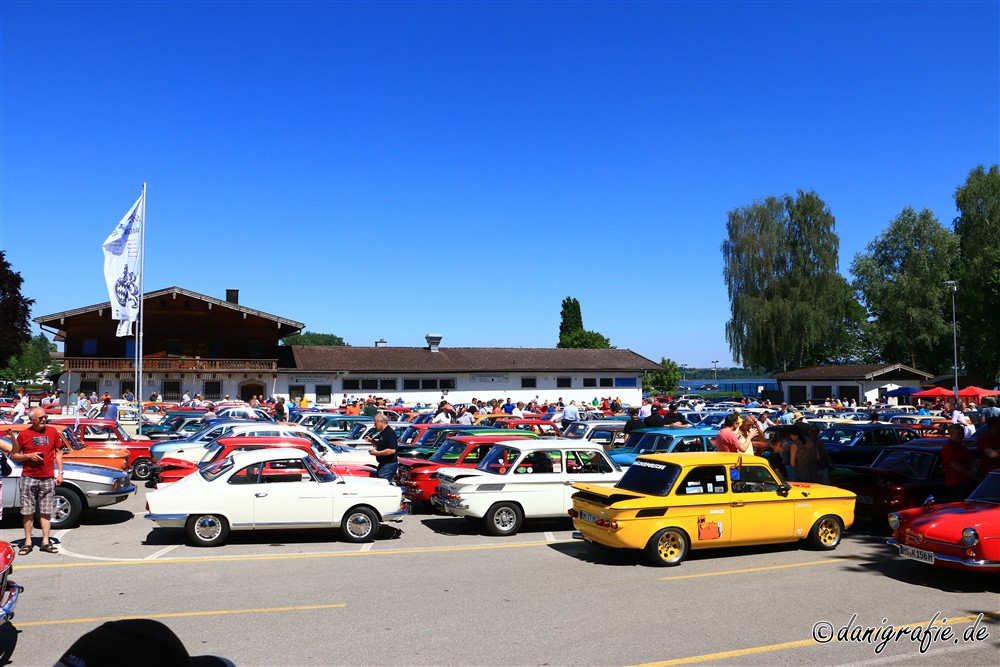 With a camera drone it’s no big deal.
After the group photo, the official part of this day ended and most vehicles have been parked in the cool shadow or brought back to the camp-ground.
Unfortunately, some participants had to use their toolbox to repair minor defects. 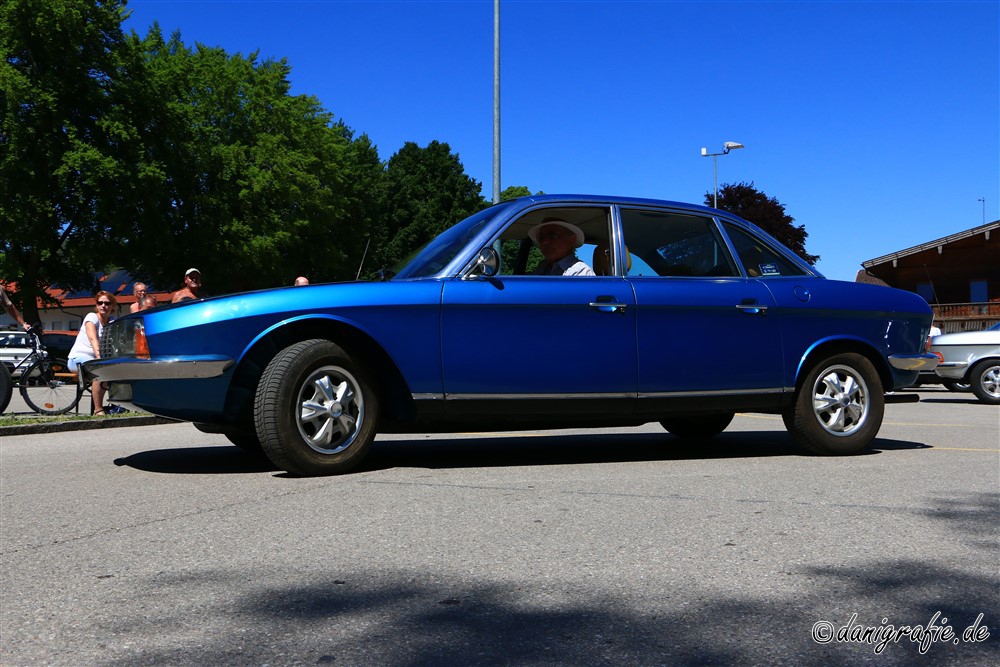 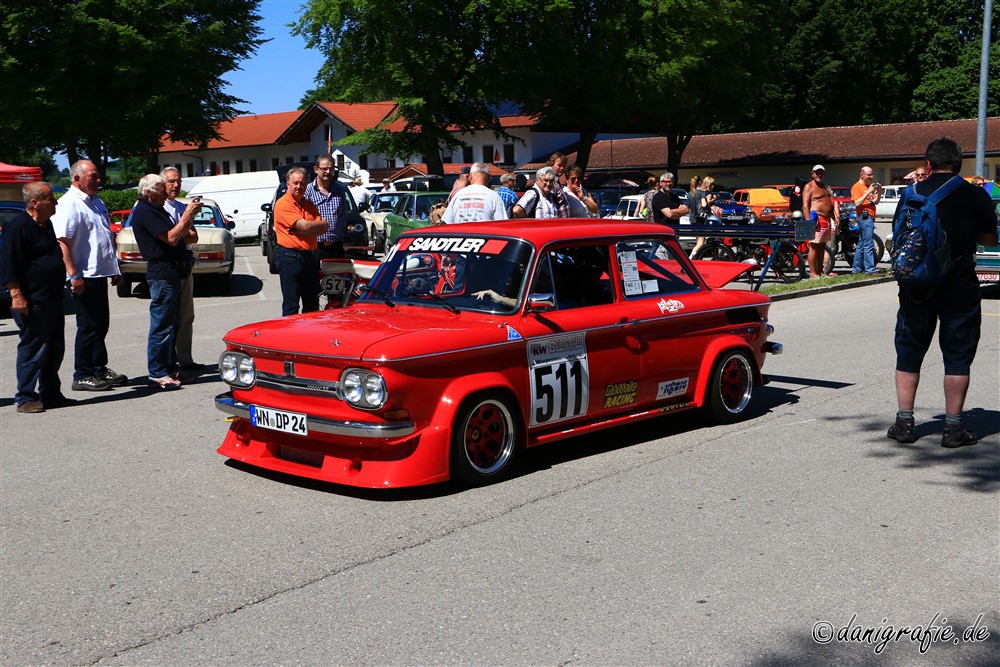 All the photos from Thursday and Saturday are here available.

The meeting has been ended with the breakfast.

A big shoutout to all the organizators of this great event for their great work!

For further information about the event in 2018 please check out the website of the campground “Union Lido”.